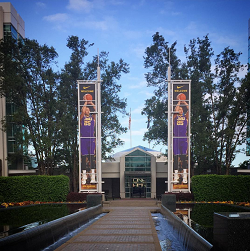 Last month, donbleek.com reported that Ben Simmons recently met with adidas and Nike and a decision was coming soon (see it here).

The deal was quietly signed and Simmons followed in the footsteps of his mentor, LeBron James by signing with Nike. Even though an official press release hasn’t been issued yet, Simmons and Nike recently confirmed the news on Instagram.

Simmons has the same agent as LeBron James: James‘ longtime friend and business partner, Rich Paul of Klutch Sports, which makes sense for him to be under the Nike umbrella.

Simmons, a 6-10, 250 pounds basketball player been touted as a possible first overall pick in the 2016 NBA Draft. However, things has changed. He will most likely be drafted number two by the Los Angeles Lakers and Duke‘s Brandon Ingram will be drafted number one by the Philadelphia 76ers.

According to ESPN, Simmons “has so far declined the Philadelphia 76ers’ invitation to work out for the team,” says Sixers president Bryan Colangelo.

“His agent has decided that is the process they are undertaking,” said Colangelo. “Why don’t you call [Simmons’ agent] Rich Paul and ask him. It has nothing to do with us and nothing to do with Philadelphia. Everybody goes about it a little differently. Sometimes players decide to work out, sometimes they decide not to work out.”

Ingram, 6-foot-9, 190-pound, who averaged 17.3 points, 6.8 rebounds and 2.0 assists in his lone season at Duke, has had lunch with Sixers head coach Brett Brown and met with many of the team’s players at his workout, including big men Jahlil Okafor and Joel Embiid.

“Brandon is everything we thought he was. Obviously in a one-on-none workout you aren’t going to learn everything about a player, but that is why we scouted a lot of basketball games, watched a lot of tape,” Colangelo said. “He is a versatile forward that can handle the ball, shoot the ball. … He is a silky-smooth small forward.”