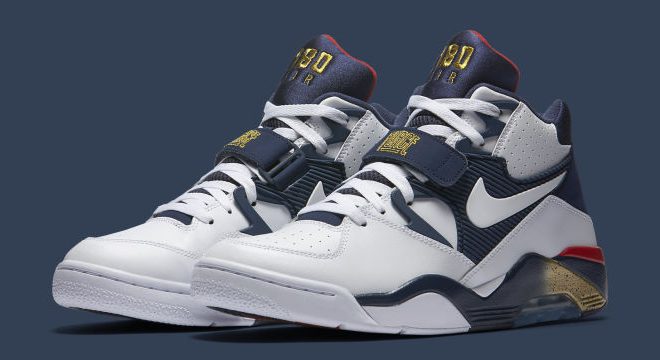 At the 1992 Barcelona Olympics, former NBA player Charles Barkley played on the “Dream Team” USAB squad. For the games, he wore a pair of Nike Air Force 180 “Olympic” sneakers.

Good news for all you sneaker heads; these kicks are coming back! They’re expected to hit retailers next month (July). This Air Force 180 last hit shelves in 2012 as a 20th anniversary celebration of the Dream Team‘s achievements.

The retro design are covered in red, white, and blue.

What are your thoughts on these sneakers and are you copping them?