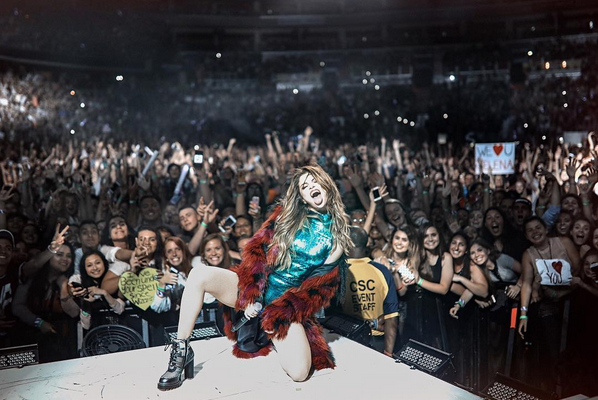 Is Selena Gomez The Next Face Of Louis Vuitton? Is Selena Gomez the next face of Louis Vuitton?

This could possibly be true, depending on what creative director, Nicolas Ghesquière meant when he said that the fashion house will be working with Gomez, during his appearance on French television show, Le Petit Journal. Exact details have yet to be revealed.

Louis Vuitton has yet to release any official statement confirming or denying the news.

Last week Gomez, hinted at a partnership with a photo of her Vogue Brasil cover with Ghesquière saying, “Exciting things coming with this brilliant man.”

donbleek.com also recently reported that when Ghesquière was on the set of Le Petit Journal, he was asked if it’s a day he would go and start his own brand, he replied, “Yes, I hope so, absolutely.” The interviewer followed up by asking Ghesquière “can you start your own brand” and he replied by saying, “Yes I can.” When asked if he had a date, Ghesquière said, “I would do it soon Very soon. No, I do not have a date but I will return to tell you…” No further information about the name or the conditions were announced (see it here).

Stay tuned as these stories develops!