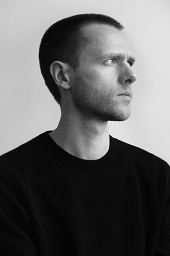 UAS is a new men’s and womenswear brand which the atheticwear company will launch Fall 2016.

“Not only does UAS afford us the opportunity to satisfy the consumers who love Under Armour and are looking to extend the relationship they already have on and off of the field, but there’s also an opportunity to capture and target a new consumer, ” says Ben Pruess, senior vice president of sportswear at Under Armour. “Tim Coppens brings an authentic and credible voice to sportswear in the fashion context,” he says.

UAS will be positioned in the premium sportswear market.

Coppens‘ first launched his luxury sportswear eponymous label in 2011. He’s also won the CFDA Swarovski Award for Menswear in 2014 and was nominated for the LVMH Prize. He is nominated this year for Menswear Designer of the Year at the CFDA awards for his namesake line

“The general inspiration is finding a new way to define what American sportswear is [today],” says Coppens. “That was the challenge, and also an opportunity to make it into something that would make people go, ‘Wow, that is something we would expect from Under Armour,’ but also something completely new.”

“This product is not underpriced or overpriced. Its the right price for a product that offers a lot,” says Coppens.