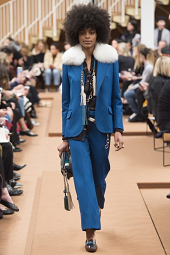 Alessandra Facchinetti Is Stepping Down As Tod’s Creative Director After over three years as creative director of Tod’s, Alessandra Facchinetti is stepping down .

“I have given much consideration to this decision; we came to this conclusion after a thoughtful conversation and I wish Alessandra all the best for her future endeavors,” said Tod’s Group CEO Diego Della Valle in a statement. He thanked her for her contributions and for “presenting a show not to be missed in Milan.” Facchinetti added: “I will now focus on other projects that I have put aside in order to be able to achieve Tod’s strategies.”

Prior to replacing Derek Lam in 2013 at Tod’s, Facchinetti worked at Valentino as creative director in 2007. She was dismissed a year later, allegedly because she did not draw enough on Valentino‘s archives. Facchinetti also succeeded Tom Ford at Gucci in the early 2000s. She has also worked for Miu Miu and Moncler.