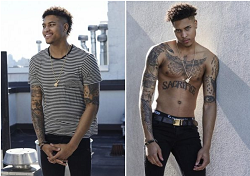 These images were shot by photographer Greg Vaughan.