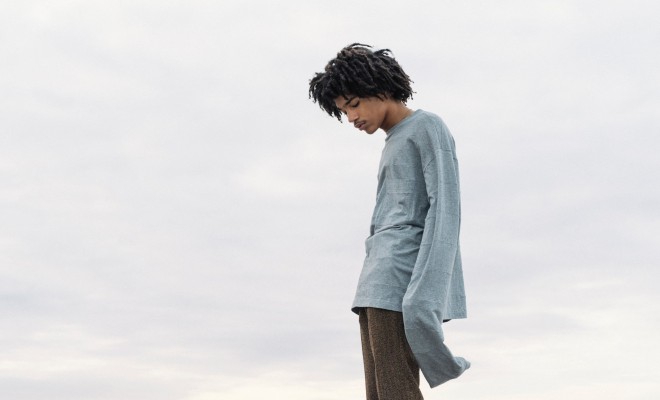 18-year-old social, print and runway model Luka Sabbat is taking the fashion industry by storm. He already modeled for Tommy Hilfiger, Hood By Air, adidas, Yeezy Season and appeared in editorials and spreads for SSENSE, i-D magazine, W magazine, Vogue, Puma and more. Sabbat is a major factor on social media. Because of his large following, brands and advertisers are constantly reaching out to him.

Discovered in SoHo (a section in New York‘s borough of Manhattan) by Kevin Amato, at the time doing casting for Hood by Air, he was signed soon thereafter by the owner of ReQuest Model Management, who intercepted him on the way to buy a new video game.

The New York-native is featured in a spread for The New York Times. The publication writes about the model’s growing influence and much more.

In the spread, Sabbat styles in a Wales Bonner T-shirt, Raf Simons pants, MHL by Margaret Howell belt, and Lanvin polo.
“I never thought about fashion that much,” Sabbat said. “I was way more into hip-hop or playing video games or sleeping than modeling.”

Head over to The New York Times to read the story in its entirety.