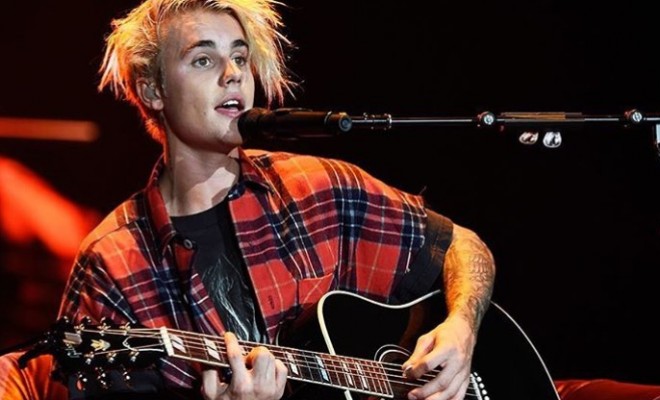 Almost two weeks ago, donbleek.com reported that “Calvin Klein will partner with Justin Bieber for his ‘Purpose‘ world tour. The iconic American brand will be contributing pieces to special segments of Bieber‘s tour in North America and Europe,” (see it here). We also reported that L.A. based brand, Fear of God will be outfitting Bieber for the tour as well and we posted pics of the pop star wearing pieces from the brand (see it here).

“I saw him on a few occasions,” recollected Lorenzo, adding that Bieber’s plea to him was: “Man, my tour is coming up. I really want you to do it.”

Bieber‘s stylist Karla Welch approached Lorenzo with an offer, the designer then draw some sketches.

“Among the pieces that made it on the road with Bieber are a dozen overcoats in different patterns, six bomber jackets in a variety of colors, kilts and denim jackets embellished with patches on the back,” according to WWD.

Bieber also wears Fear of God’s new Italian-made sneakers, which Lorenzo described as “a hybrid of a military boot and athletic basketball shoe.” Retailing for $1,200 and higher, the footwear won’t be available to the general public until May.

Plus, Lorenzo used the opportunity to test new looks, including punkish pin-striped pants, plaid trousers and tie-dye denim. “There are new styles that we made for him that I think we will put out in upcoming seasons,” Lorenzo said. “I think it maybe is a focus group.”