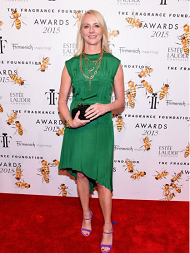 Last year, donbleek.com reported that Linda Wells, the founding editor of Allure magazine has stepped down after 25 years (see it here). Michelle Lee was brought in to helm Allure and has since added her own team. She comes from Nylon magazine.

Three months after leaving the Condé Nast-owned publication, Wells has signed on with Hearst to produce content for several of its prestige magazines.

According to WWD, “Wells will create a 12- to 16-page beauty report that will run inside September subscriber copies of Elle, Harper’s Bazaar, Marie Claire and Town & Country. For subscribers to more than one of those titles, the portfolio — which will include trend reports, essays and photography — will only appear in one magazine. An official title for Wells — as well as for the supplement itself — is still being worked out.”

“When Linda became available, we reached out to her,” said Michael Clinton president of marketing and publishing director of Hearst Magazines.

In February, New York’s The Cut hired Wells as its beauty editor at large. Clinton said Wells would continue writing for The Cut, but her role at Hearst would give her a “national” stage to write about all categories in the beauty sector.

“We like having big, influential voices being part of our brands,” said Clinton, who compared Wells’ addition to the company’s hiring of Carine Roitfeld in 2012, after she exited Condé Nast’s French Vogue two years before. Roitfeld currently serves as Harper’s Bazaar’s global fashion director, a role that allows her to create portfolios for the magazine’s 32 editions. She also oversees her own magazine, CR Fashion Book.

“I’m excited to follow in the high-heeled footsteps of Carine Roitfeld in preparing a special section for Hearst,” Wells told WWD.” “The project is exactly what I love to do — come up with ideas, find new ways to show, report, and write about beauty, and identify the best products and trends in a provocative, lively package.”

“Wells’ work will also appear on Hearst’s digital network, but the details of that are still being worked out. It is expected that the portfolio will likely appear in Hearst’s other titles that carry beauty content such as Cosmopolitan and Seventeen down the road.”