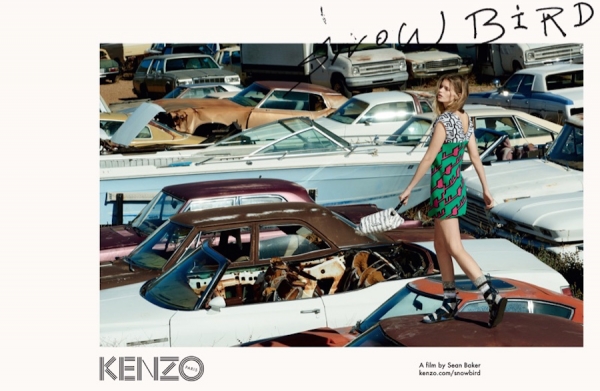 The print ad coincides with an 11-minute film – which called “Showbird” and will officially launch on February 3. Critically acclaimed writer and director Sean Baker shot the images and video in Slab City, California at a snowbird campsite in the Sonoran Desert. Abbey Lee Kershaw and Cameron Gentry star in the campaign.

The brand’s ad campaign was made in collaboration with Framework, and Fran Burns handled styling duties. Watch the 15-second teaser for “Snowbird” below.