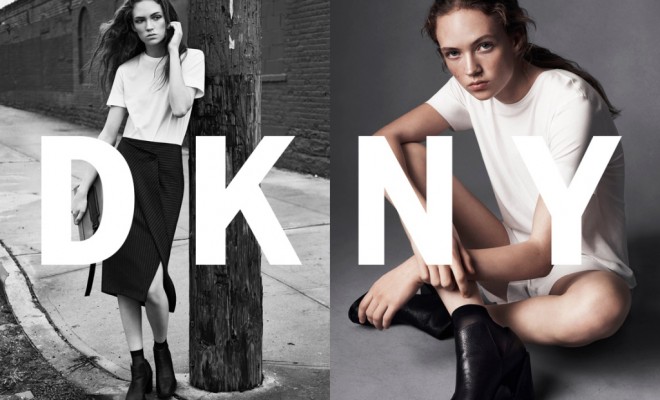 Dao-Yi Chow and Maxwell Osborn are set to release their first DKNY advertising campaign (spring 2016), since being the new creative directors of the American brand.

“She is versatile. She looks youthful, but also strong and sophisticated. We wanted a woman who could show all sides of herself. Adrienne’s change is subtle,” said Chow.

Chow said the campaign focus is the DKNY woman; their DKNY customer is not a girl. “We always refer to her as a woman,” said Chow last fall. “The modern woman we envision has just started getting into her own in terms of career, starting a family, her life is multilayered with different dimensions. When you’re young, it’s not as complex. For us, those complexities and those dimensions are the interesting pieces in determining what she wants to wear,” added Chow.

According to Osborne, “We tried to capture the power embodied in the DKNY woman. She is a multidimensional woman who balances all versions of herself with DKNY…she embodies the new generation of powerful. She can be serious but doesn’t take herself too seriously.”

DKNY‘s spring 2016 advertisement will break in global fashion and lifestyle publications. The company also plans to provide behind-the-scenes visuals of the shoot on its website. The digital component will launch in mid-February to align with the March issues on newsstands.