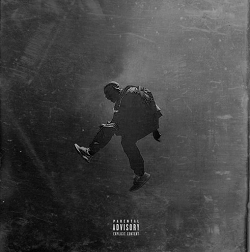 Nike Could Sue Kanye West Over His New Song “Facts” It’s no secret that Yeezy has had a long-running feud with Nike, ever since they parted ways in 2013. On the new track, the outspoken rapper slams the Portland, Oregon-based company.  Yeezy‘s latest offering “includes a number of lines in his song that may give Nike standing to file suit,” according to The Fashion Law.

Kanye‘s song could lead to a defamation lawsuit.

According to TFW, “Defamation refers to the act of injuring another party’s reputation. It is basically a catch-all term for any untrue statement that hurts a party’s reputation, and embodies the two different civil wrongs of slander and libel. While slander refers to an oral or spoken statement, song lyrics are actually governed by the doctrine of libel, which covers written statements. Put very simply: in order to establish a claim of slander or libel, a plaintiff (the party who is alleging that his reputation has been injured) generally must show that the defendant made (1) a false statement of fact (not merely a statement of opinion); (2) to a third party (aka the defendant “published” the statement, in legal terms); (3) the statement was false; and (4) the statement actually injured the plaintiff. (I am going to spare you the per se and damages examinations).”

The lyrics which are alleged to be libellous are, “Nike treat employees just like slaves” and Nike “can’t give shit away.”

“Given West’s relationship with Nike (and thus, his implied knowledge of at least some insider information), these statements could likely be construed as fact, which Nike would certainly argue are false. That’s two factors of the general defamation test. The statements were “published” to a third party (or better yet, many, many, many third parties) because the song was made public online. That’s another factor. Lastly, Nike could probably argue that it is being damaged by the statements, which might not be hard considering that West is accusing the company of slave labor and asserting that it is not faring well financially.”

According the TFW, “it seems Nike has a case for libel.”

Do you think Nike should sue Kanye? Listen to “Facts” here.