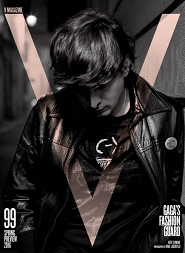 Despite Rumors, Hedi Slimane Is Still At Saint Laurent Fashionista reached out to the brand’s U.S. PR team, which confirmed that Slimane has not left the label. The online publication also reached out to a Saint Laurent representative in Pairs, who said, “Following the recent [designer] departures, [there] have been many rumors and speculations. This is clearly one more!”

New York Times fashion critic Cathy Horyn has criticized the L.A.-based designer in the past and so did the Guardian‘s fashion editor Jess Cartner-Morley.

Under Slimane‘s creative direction, Saint Laurent‘s sales has risen. Annual sales revenue more than doubled to about $787 million in 2014 from the time he joined the house.