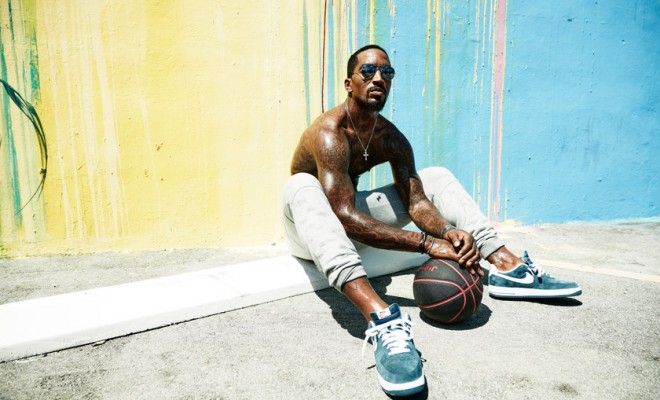 NBA player J.R. Smith is featured in the latest issue of GQ magazine.

Photographer Ture Lillegraven captured the New Jersey-native for this issue.

In the spread, the Cleveland Cavs shooting guard/power forward dressed in a jacket by Stampd, sweatpants by John Elliott + Co., T-shirt by Gucci, jeans by Billy Reid, briefs by Calvin Klein Underwear, sneakers by Nike, and more.

On what he thought when he was traded:

On breaking up with a woman he’d been dating and getting engaged to the mother of his daughters:

“I couldn’t just keep jumping onto another ship without knowing the direction it’s going,” J.R. says. “I’ve been with some of the most quote-unquote beautiful women in the world. But they’re so ugly on the inside.”