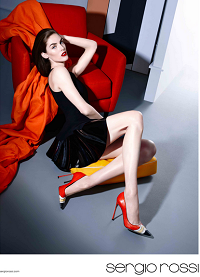 After various rumors, it is now confirmed that French conglomerate Kerinig has reached a deal and sold 100% of its Sergio Rossi assets to European invest house Investindustrail.

According to WWD, “Sources had pegged the selling price between 40 million and 50 million euros, or $43.4 million to $54.3 million, which includes the brand’s factory outside Florence.”

“The agreement will allow the Sergio Rossi brand to continue its path of development with a strategic partner that can support the brand solidly and with prospects for long-term growth,” Kering said.

Andrea C. Bonomi, senior partner at Investindustrial, said it would seek “the same growth path” for Sergio Rossi as those brands, noting that the industrial group has had “numerous success stories” growing and developing heritage names such as Ducati, Ruffino, PortAventura, Gardaland and Stroili.