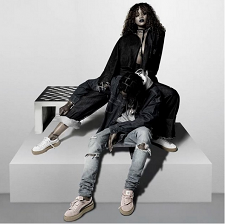 Pop singer Rihanna is always working! She has a new album in the works, ANTI is rumored to drop before the end of the year. A couple of weeks ago, we reported that the mega popstar announced that she will be hitting the road for her ‘ANTI World Tour‘ (see it here).

The 60-date trek, power by Samsung, will kick off its North American leg on February 26 in San Diego and will feature rapper Travi$ Scott. The tour will travel to arenas in major cities including Los Angeles, Las Vegas, Brooklyn, Miami, Philly, Newark, Atlanta and more cities before wrapping up on May 7th in Oakland.

In February, the Grammy Award winning singer-turned- designer will debut her first ever Puma by Rihanna fashion show at New York Fashion Week on February 12 at 8 p.m.

Details are still scarce. Stay tuned to donbleek.com as this story develops.