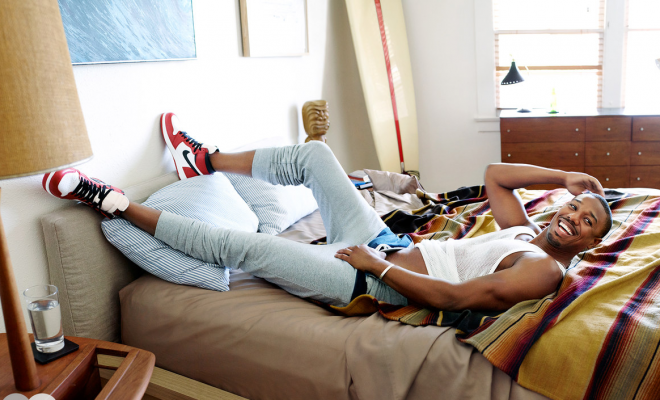 The above image is actor Michael B. Jordan for GQ’s October 2015 issue.

Every year, the print industry loses a lot of magazines; thanks to the “digital” age we’re now living in. It’s been a rough year for print magazines.

GQ has laid off about seven of its staffers, as budget cuts are biting throughout Condé Nast. We’re hearing that Senior Digital Editor John Jannuzzi was one of the people who were let go. The layoffs also included the managing editor, entertainment editor, market associate, business manager and business assistant.

The men’s publication laid off workers around this time last year, cutting five of its digital team members.

WWD reports, “GQ’s print magazine has been struggling for the better part of the year. According to data from the Publisher’s Information Bureau, the men’s magazine logged 17.6 percent less advertising pages for the January to September period over last year for a total of 655.31 pages. According to the Alliance for Audited Media, GQ saw its paid and verified circulation rise 1 percent to 953,320 as total-single copy sales slumped 28.3 percent to 93,301.”

It is rumored that Glamour will be next to face cuts.

In other media news, Hearst announced that Cosmopolitan for Latinas, which published five issues a year, will now be a digitally-only brand, citing the Hispanic community’s mobile and “online usage” as the reason.