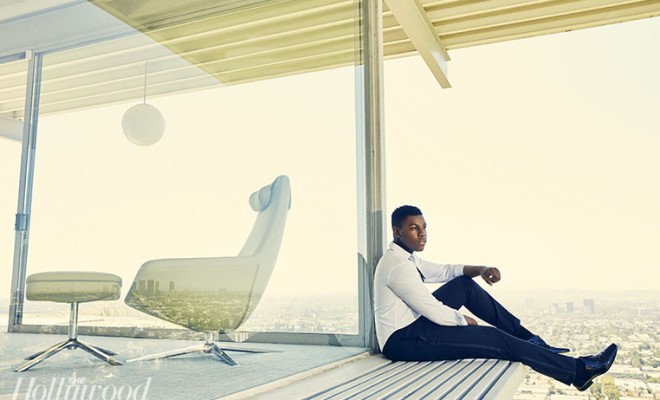 The London actor will play Finn in the upcoming film Star Wars: The Force Awakens, which is scheduled to hit theaters next month. The film will most likely push Boyega into the “superstar” category.

At the young age of 19, the rising actor made his theaters debut in Attack the Block. He also had roles in files and television shows like Junkets, My Murder, Half of a Yellow Sun, Imperial Dreams, Law & Order: UK, 24: Live Another Day and more.

Inside, Boyega looks dapper in a black and white suit matched with black patent leather shoes.

Read the full cover story over at THR.