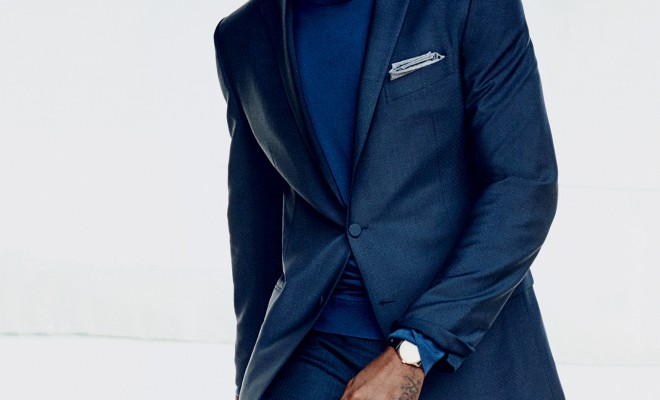 Below and on the next page are some excerpts:

Melo on the way he and his former teammates dressed was like a fashion show:

“Walking around with my teammates from two years ago was like a fashion show,” Anthony says. “We had Tyson Chandler, who’s into high fashion. Amar’e would have on a fur vest, maybe fur boots, you never knew. Iman Shumpert was the young gun.”

“But not Melo. Just like on the court, his style’s always been quieter, considered, and, well, mellow. Slim-and-trim suits. Pocket squares that stay creased and crisp, rather than shoot skyward like fireworks. An ever growing collection of handmade hats. It all adds up to “grown-man sh*t,” as Anthony calls his look. “Lately, in fact, he’s been seeking out the Milanese masters at Ermenegildo Zegna for advice on everything from made-to-order double-breasted suits to cashmere turtlenecks: “They’re the O.G.’s. What they’re about, I’m about.”