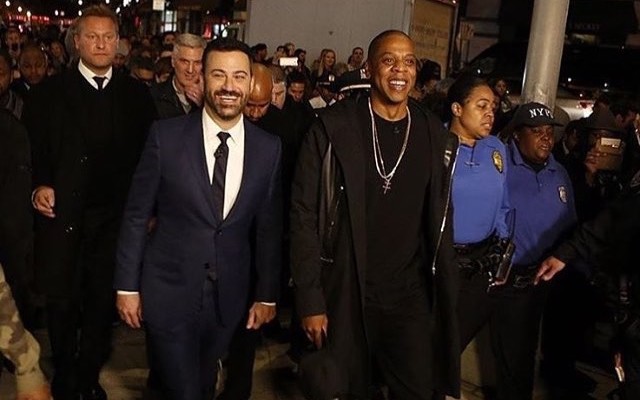 For night two of “Jimmy Kimmel In Brooklyn,” the late-night show host had Brooklyn-native and music mogul Jay Z on his show. The entrepreneur talked about the new Brooklyn, attending high school with Biggie Smalls and his rap battle with Busta Rhymes, being a sports agent, and TIDAL while on the show. Jay Z also talked about the first time he rap’d on stage, forgetting his lyrics and gets embarrassed when Jimmy Kimmel showed him an old school rap clip of himself.

Before, exiting the show, Jay Z gave the entire audience tickets to TIDAL‘s show at Barclays and they all walked there from Gilman Opera House. While at the Barclays, Jay Z performed “Empire State Of Mind“.

See the footage below: