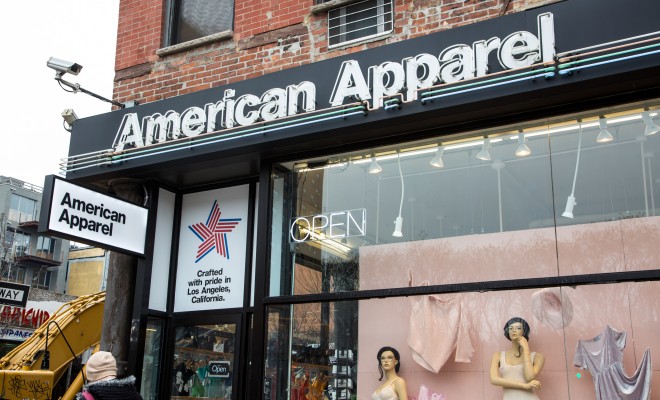 On Monday (October 5), donbleek.com reported that American Apparel announced plans to file for Chapter 11 bankruptcy, putting an end to the rumors surrounding the Los Angeles firm and its ability to continue operating (see it here).

Below is what Bloomberg reports:

“On Tuesday, U.S. Bankruptcy Judge Brendan Shannon in Wilmington, Delaware, gave initial approval to the $90 million in financing, saying it wasn’t typical to move so quickly in a case like this. But, he said, his decision ‘clears the runway” for the company to start taking care of bills, including payroll. American Apparel employs about 8,500 people at its stores and factories, with about 7,000 workers in the U.S. ‘”

“American Apparel listed $199.3 million in assets and $397.5 million in debt in its bankruptcy petition. Under a proposal submitted with the filing, more than $200 million of the company’s bonds would be exchanged for stock in the reorganized company. If the court approves the plan, creditors including Monarch Alternative Capital, Coliseum Capital, Pentwater Capital Management, and Goldman Sachs Asset Management will assume ownership.”