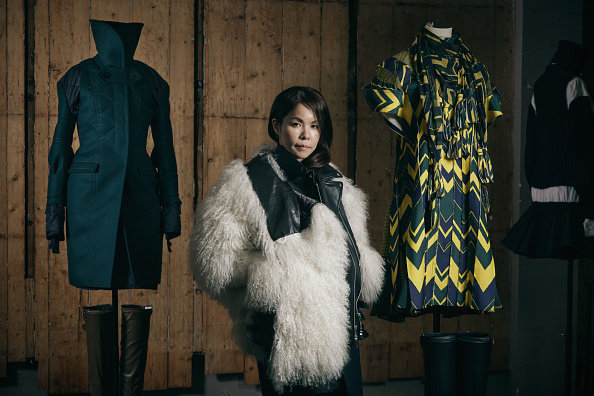 Ten years ago, the Taiwanese–American fashion designer (Alexander Wang) launched his eponymous collection at the age of 21, after two years at Parsons. Not only did Wang ascended to the top of the fashion world, but he also spent three years as creative director at Balenciga before he announced his departure

Last summer, donbleek.com reported that “Alexander Wang could soon part ways with Balenciaga, controlled by Kering.” We reported that while Wang was still under contract with Balenciaga (see it here). A week later, we officially confirmed that Wang was leaving the house to focus on his eponymous label.

The search for Wang‘s successor by Balenciaga‘s parent company, Kering could soon come to an end.

In a recent articled penned by writer Matthew Schneier for The New York Times, there are current three possible successors for Wang‘s coveted position. “Chitose Abe, the Tokyo-based designer of Sacai, is a current favorite candidate — despite the fact that, via a spokeswoman (Ms. Abe speaks very little English), she said that she had not been contacted by anyone at Balenciaga. Julien Dossena, the promising young artistic director of Paco Rabanne and an alumnus of Balenciaga under Nicolas Ghesquière, Mr. Wang’s predecessor, has been frequently mentioned. So has Bouchra Jarrar, a fellow veteran of Mr. Ghesquière’s Balenciaga who designs her own collection of ready-to-wear and haute couture. A spokeswoman for Paco Rabanne, on behalf of Mr. Dossena, and Ms. Jarrar declined to comment.”

In 1998, Chitose Abe launched her Japan-based label, Sacai, and today she still remains the sole owner. Her designs are urban and sporty. Before she launched her own line, Abe worked at Comme des Garçons as a pattern cutter under the direction of Rei Kawakubo and later as a member of Junya Watanbe’s design team. She recently collaborated with Nike on a capsule collection re-imagining some of the sportswear giant’s most iconic pieces.

Julien Dossena made the list of finalists for the inaugural LVMH prize. He is currently the creative director for Paco Rabanne, a Paris-based design house. He was also a designer at Balenciaga before quitting in 2012, after his former boss Nicolas Ghesquière‘s departure.

Bouchra Jarrar founded her Paris-based fashion house in 2010. Before she launched her label, she served as Studio Director at Balenciaga for ten years while the house was under the creative control of Ghesquière. She was awarded the Chevalier dans L’Ordre des Arts et des Lettres medal in recognition of her contribution to the French arts in 2012.