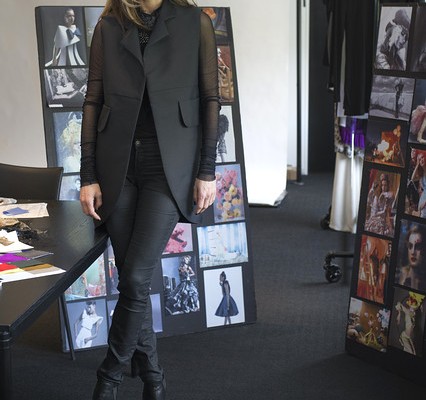 Kessler-Sanders has a lot of experiences in the industry. In the past, she served as fashion director at T: The New York Times Style magazine, accessories director at Vogue, fashion director of Juicy Couture, senior vice president at Donna Karan, and most recently Vera Wang Group‘s creative director and executive vice president. She has also worked in public relations at firms such as Prada, Giorgio Armani and Calvin Klein.

According to WWD, “In her new role, Kessler-Sanders will be responsible for overall brand strategy, growth and profitability of the Calvin Klein Collection business. In addition, she will oversee all day-to-day operations and financial functions of Calvin Klein Collection, which consists of women’s, men’s and accessories. She reports to Steve Shiffman, chief executive officer of Calvin Klein Inc., a wholly owned subsidiary of PVH Corp.”

“Her hire marks a significant step for Calvin Klein Collection as we further elevate the brand’s position within the luxury world,” Shiffman said.

Kessler-Sanders added that she looks forward “to leading the future development strategy for the business together with existing partners.”