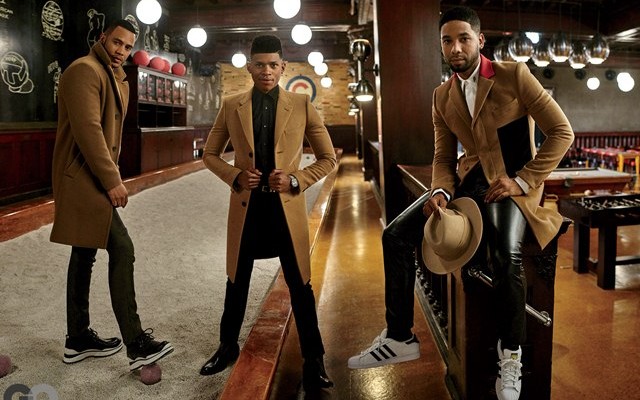 The sons of Lee Daniels and Fox’s Empire, Bryshere Grey, Jussie Smollett and Trai Byers are featured in an editorial for GQ magazine.

Photographer Peggy Sirota lensed the shoot. Below is an excerpt from GQ:

“On Fox’s breakout hip-hop soap opera, Empire, a trio of brothers are locked in a cutthroat Shakespearean struggle to become heir to their father’s throne. Here, the Lyon scions show you how to deck yourself out in the color that’s the smash hit of the season: camel“