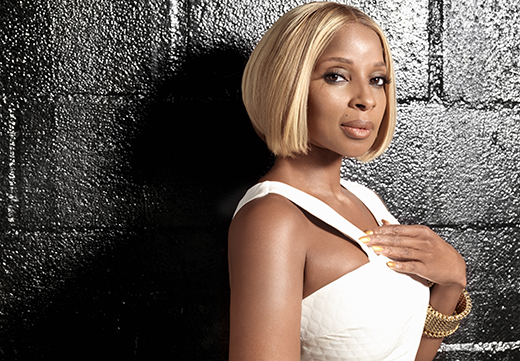 She talked to the publication about writing songs for other artists, starting her career with Puff Daddy & their current relationship, artists she collaborated with in the past, going to Australia or Africa to record an album, working out while on tour, dieting, acting and much more. Below are some excerpts:

“Her creativity and authentic musical approach make her honored by her fans with whom she selflessly shares her emotions, passion and story. Not taking her power of voice for granted but as a privilege to express what millions aren’t as fortunate to do, she connects with people on a much deeper level. Mary has musical history with everyone who’s anyone in music, from Whitney Houston to Elton John, Bono and Aretha Franklin, yet modestly strides, prevailing with benevolence and warmth towards everyone. For that alone, Mary’s interview was a twilight zone for each and every member of the crew.”

HealthyLivinG: There aren’t many artists that write their own music based on authentic feelings and experiences. But do you write for other artists?

Mary J Blige: I have and I will. It’s not something that I won’t do. I would absolutely write songs for other artists.

HealthyLivinG: Not many people know that you started your career with Puff Daddy.

Mary J Blige: Sean Puffy worked as A&R at Uptown Records, the label where I was signed, and at the beginning of my career, before it was a career, I was just sitting there as an artist that nobody knew what to do with, and Puffy came in and discovered me on the shelf. He went to Andre Harrell, who was the head of Uptown Records, and explained to him who I was to the culture of my generation. He was the one who spearheaded the whole thing together for Mary J Blige. He dressed me like Jodeci, my hat turned backwards, baggy Armani suits and kind of put together what he saw in me, which was more like a tomboy, which I was earlier, but a female who could sing and was from the hood. So he kind of cultivated the whole thing and it is because of him that I’m here today.

HealthyLivinG: Do you keep in touch?