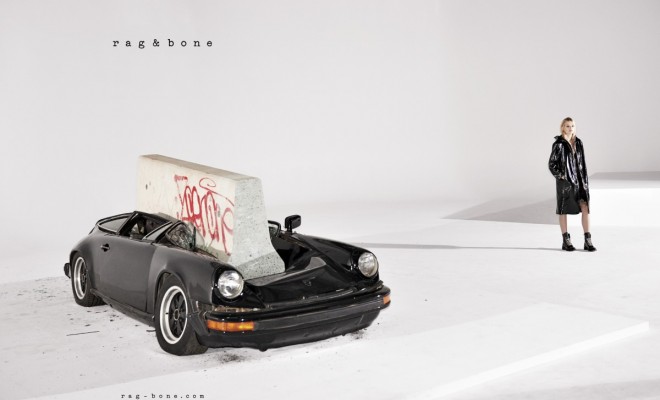 The campaign was lensed by Glen Luchford. The photographer captured the English model and actress in various poses standing on a destroyed ‘79 Porsche 911 SC featuring black smoke pouring from a manhole cover.  Styling was courtesy of Jane How.

“The campaign concept speaks of the contradictions New York is rife with and exactly what makes it such a cool city,” said Rag & Bone’s Marcus Wainwright. “The unexpected is something we also relate to as a brand and try to inject into all we do, from our collections to imagery.”

“Rag & bone has an understated coolness,” Wilde said. “It is chic with an edge which I love. I loved the campaign concept. It was very different, a bit raw and I love the hardness of the images.”