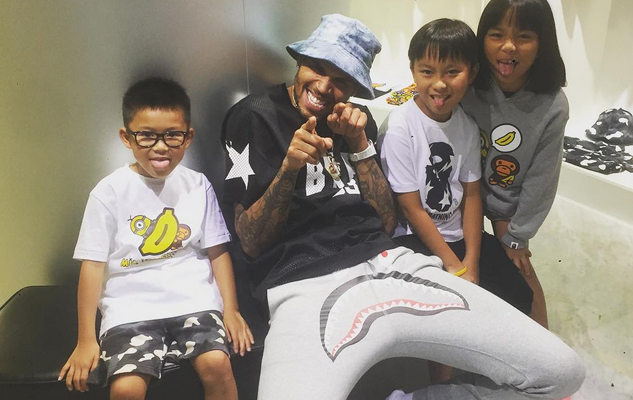 Chris Brown Visits The BAPE Store In HONG KONG; Draped In The Brand Grammy Award winning singer Chris Brown may have missed his concert at Dragon-i in Hong Kong because he was barred from leaving the Philippines due to a fraud complaint against him for a cancelled concert last New Year’s Eve.

After being stuck in the Philippines for three days, Breezy was able to obtain a certificate that allowed him to leave the country. He boarded a chartered jet at the old Manila Domestic Airport in suburban Pasay city and arrived in Hong Kong.

While there, he stopped at the BAPE store on Festival Walk. The “Loyal” singer had on a BAPE 93′ Football Jersey styled with $246 BAPE Shark Slim Sweatpants.