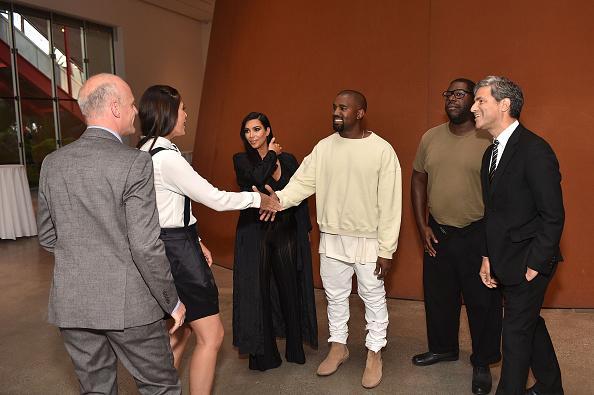 The evening also consisted of a conversation with LACMA‘s CEO, Michael Govan. According to Style.com, “West and McQueen touched on the fight to bend genres, art as experimentation, and the bold vulnerability of the video, which plays on the relationship between the camera and the subject.”

“Shot in an empty room, the single nine-minute take that McQueen realized delves into emotional and mental spaces. Capturing West’s wide range of emotions—“I think it’s just being a Gemini,” West confessed—allowed McQueen to “put vulnerability into that kind of scale,” he said of the emotional expanses they navigated in the video. “When you’re dealing with an artist like Kanye, there’s always collaboration,” McQueen confessed in turn.

“The word is experiment. If you want to be an artist, you experiment,” McQueen said. “He was able to bend genres, and that’s one of our biggest challenges now,” West added of McQueen and his work 12 Years a Slave. “It’s amazing we met in an apparel place because that’s one of the genres I’m trying to bend,” West continued, discussing his dogged determination for credibility and acceptance in the fashion world.

“I’m a bad celebrity, but a pretty good artist,” said West, crediting, among other things, his time at art school, to which Govan asked, “Do we even need a distinction?”

But West’s pursuit of art is unrelenting. “So many great artists are able to reach into your soul and pull your heart out,” West said, lamenting that there are few actual artists in music left. “I will die for the truth and that’s what’s closest to art,” he said, placing no limit on the art he can create and the boundaries—and buttons—he can push. “Every time I get in trouble, I’m fighting for truth.”

All Day/I Feel Like That runs July 25-28 at LACMA Broad Contemporary Space.