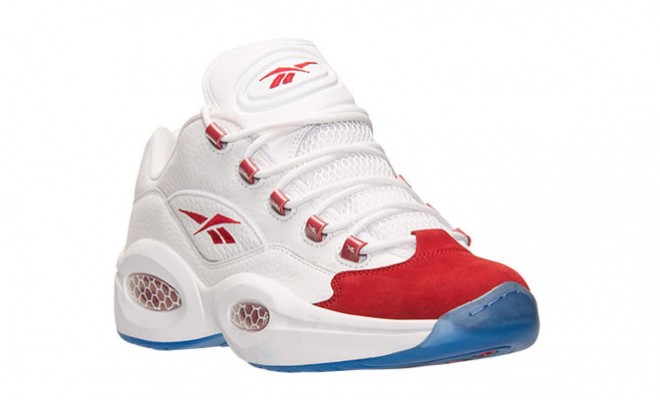 16 years later, Reebok is re-releases Allen Ivers0n‘s first signature sneakers, the Reebok Question Low. This is the first time this sneaker is being released since 1999.

The Reebok Question Low will hit stores tomorrow Saturday (July 25) and is priced at $115.

The shoe boasts the same colorway as the original release, a colorway that matches the away jersey Iverson wore in his first season (when he crossed Michael Jordan on March 12, 1997). This shoe features an all white upper with red on the toecap, eyelets, heel and Reebok branding the midsole and the tongue. The outsole is also white with an icy bottom and within the brand’s Hexalite cushioning system near the heel and mid foot.

Are you copping this shoe?