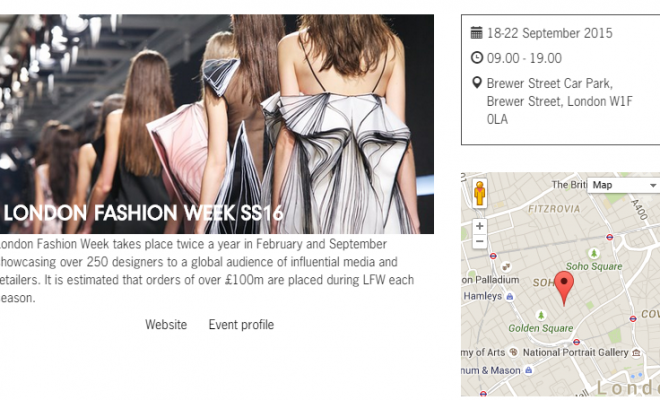 London Fashion Week is exactly two months away! In the upcoming weeks, I will go get my passport and hopefully, I make it to this year’s presentation across the pond. The British Fashion Council has announced the official London Fashion Week schedule for the upcoming spring/summer event, which takes place from September 18 through 22.

Anthony Vaccarello is joining the LFW schedule, making it his first runway show for VESUS since being appointed creative director earlier this year.

Former Mulberry designer Emma Hill will also joins the LFW schedule. She will debut her Hill & Friends accessories line which we told you about last month.

Other notable names joining the rosta include John Smedley, Peter Jensen (returning after a hiatus), and Zandra Rhodes will return to the line-up and kick off the event.

One of the major change on the schedule is the location. The official location for the five-day LFW event will be Brewer Street car park in the city’s Soho neighborhood.

You could see the full provisional schedule here.