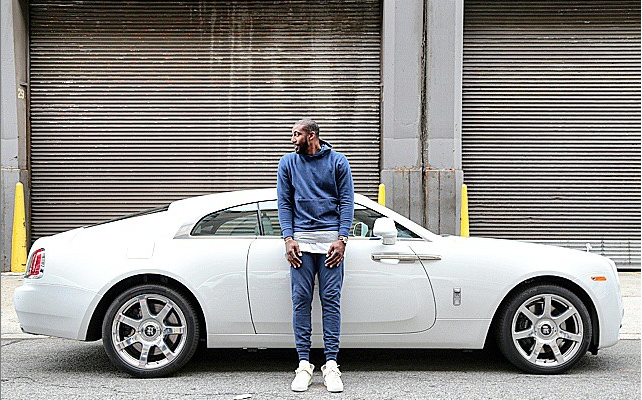 Amar’e posed on the right side of an all-white Rolls Royce Wraith.

Today, NBA players are getting into fashion more and more. It seems like some players are prepared to dress for a runway show when they arrive inside arenas for game day. Over the years, Amar’e Stoudemire style has evolved. In my opinion, he is a fashion icon.

It’s no secret that the Lake Wales, Florida-native loves fashion. He co-designed a line with designer Rachel Roy, and has become a front-row fixture at Fashion Week around the world (see his Paris Fashion Week adventure here). Some of his other ventures includes a “reportedly” record label, rising acting career and a series of children books for Scholastic Press.

Amar’e has been tapped as a source of inspiration and hired for brand campaigns and by fashion publications to cover and document his Fashion Week diary. He earned his credits in the fashion industry.

In 12 hours, he had four wardrobe changes. Some of his looks consist of an all-black hoodie custom made by Greg Lauren, John Elliott + Co sweatsuit, Lanvin Tailored Sleeveless Jacket, Ralph Lauren denim jeans, Craig Green shirt which was customized by Sam Shipp, and a Michael Bastian hoodie.