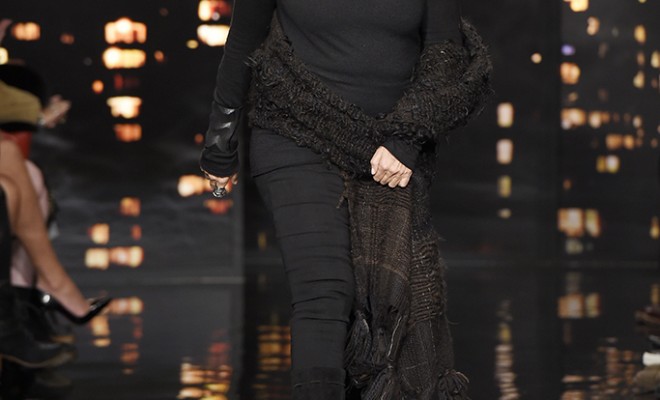 Fashion News: Donna Karan To Step Down At DKI “Karan, 66, plans to devote greater time to her Urban Zen Company and Foundation, but will remain a close adviser to DKI under a long-term agreement, according to the company.” Urban Zen is a stand-alone company owned by Karan herself.

“As I have become more involved with my Urban Zen Foundation and company, it has been a challenge to balance it all. The clock is ticking. I have so many commitments and projects that require my full attention at Urban Zen, as well as my time-consuming philanthropic pursuits in healthcare, education and preservation of culture. There are only so many hours in the day,” said Karan.

“LVMH and I have made this decision after much soul-searching,” said Karan. “I have arrived at a point in my life where I need to spend more time to pursue my Urban Zen commitment to its fullest potential and follow my vision of philanthropy and commerce with a focus on health care, education and preservation of cultures. After considering the right time to take this step for several years, I feel confident that DKI has a bright future and a strong team in place.”

Pierre-Yves Roussel, chairman and chief executive officer of LVMH Fashion Group, said, “Since 2001, LVMH and Donna Karan have partnered to develop Donna Karan International into a global business. It has been a privilege for all involved to collaborate with Donna and we are very pleased she has agreed to remain an adviser. We are committed to fully realizing the potential of the company while staying true to the spirit and value Donna has championed for more than 30 years.”

Caroline Brown, ceo of DKI, added, “Donna Karan is a visionary designer, who changed the way women dress by redefining power and sensuality. Her influence has been extraordinary and will continue to inspire for years to come. As she steps into this new role, I speak for the many teams at DKI, in supporting her great legacy and reinforcing our commitment to it for our next chapter.”

“At the present time, DKI won’t seek a successor for Karan as chief designer of Donna Karan Collection and will suspend that brand’s runway shows and collections for now. The company plans to continue to support the Karan brand through its strong license business. DKI will also reorganize its teams and structure in order to substantially increase its focus on the DKNY brand,” According to WWD.