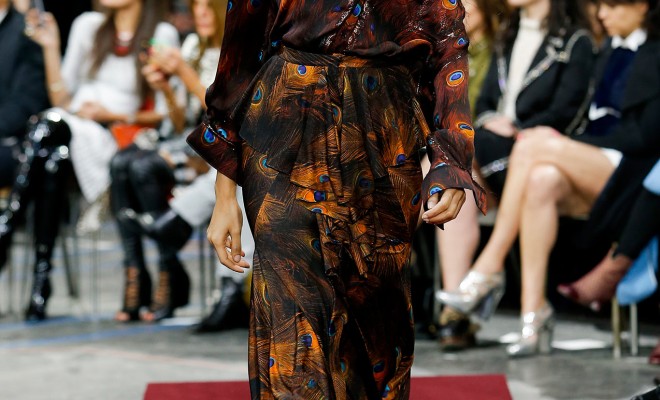 The above image is from Givenchy’s Fall 2015 Ready-to-Wear show.

Riccardo Tisci‘s Givenchy is making some changes. The luxury French house will show its Ready-To-Wear (RTW) 2016 at New York Fashion Week on September 11, instead of Paris. The show will be held Day 2 of NYFW.

“It’s a very delicate day for America, and so the show is going to be a celebration of family and love,” Tisci told WWD, referring to showing on 9/11.

“We are very pleased to have Givenchy showing in N.Y.,” said Steven Kolb, chief executive of the CFDA. “It is a great addition and emphasizes the importance on NYFW as an influential market week.”

“We think that the U.S. market is very dynamic,” Philippe Fortunato, Givenchy’s chairman and chief executive officer, told WWD. “It is strong, solid and growing.”

The new store will mark the LVMH-owned brand’s first time having a New York flagship since 2006.