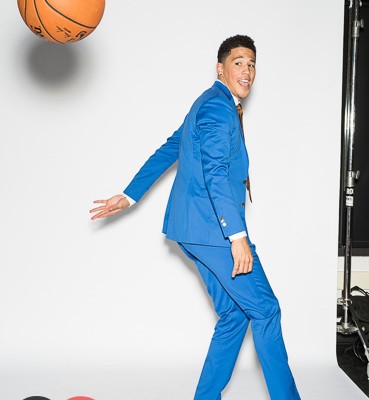 Just like donbleek.com projected, Dominican-American basketball player Karl-Anthony Towns was selected number-one by the Minnesota Timberwolves. The fellas stepped out in their sharpest ensembles and GQ‘s Dylan Coulter was in attendance to capture the special moment.

The now NBA rookies wore double-breasted suits, dress slippers and snapbacks with their teams logos on it.