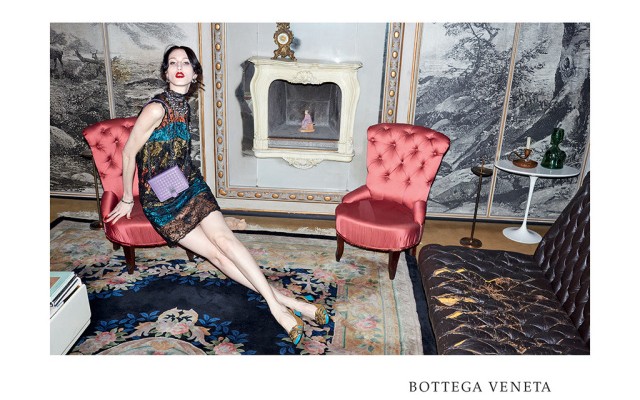 This is the first time that Bottega Veneta worked with Teller. The photographer shot the images in the home-turned-museum of late Italian architect and designer Carlo Mollino. Located in Turin, Italy. The two-story villa was built in the 18th century on the shore of Po River.

Tomas Maier (Bottega Veneta‘s creative director) praised Teller‘s ability to “capture a distinctive and sophisticated angle,” adding, “He managed to enhance the upbeat and graphic nature of the collection, interpreting the overall mood to powerful effect with his signature playfulness and lighting.”