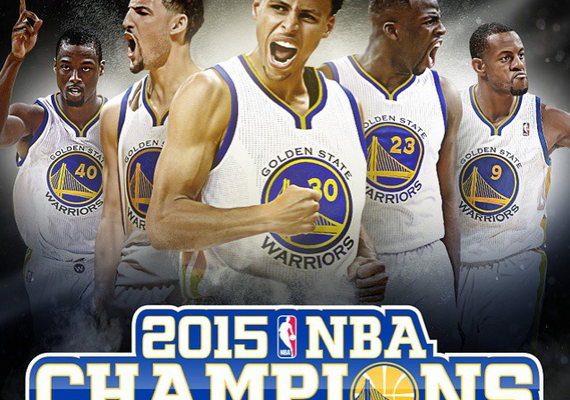 Congrats are in order! The Golden State Warriors are officially the 2015 NBA Champions, after defeating the Cleveland Cavs at Ohio’s Quicken Loans Arena. The final score was 105-97. This was the Warriors‘ first championship in 40 years.

Andre Iguodala was named the Bill Russell NBA Finals Most Valuable Player and was given the MVP Award.

Stephen Curry won his first Championship and MVP (he was the 2015 NBA Most Valuable Player) in the same year. Life is good for the 27-year-old Akron, Ohio-native.

Golden State fans back home in Oakland had a packed watch party inside the ORACLE arena.