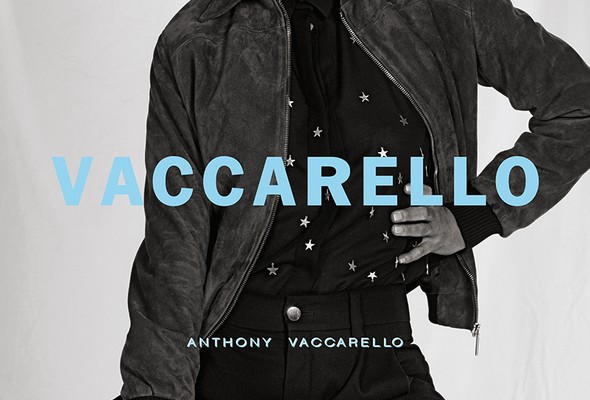 “It not about advertising. I want it to show people the vision of my collection,” said Anthony Vaccarello of his new Fall 2015 campaign, which debuted exclusively on Style.com. Inez & Vinoodh lensed the shoot.

The designer talks to Style.com about his inspirations for the campaign, his aspiration, why he chose Amber and what Donatella Versace (his boss at Versus) really thinks about his namesake line. Below are some highlights:

After two seasons of ads starring Anja Rubik in micro miniskirts, why did you want to change direction and feature Amber Valletta in a more tomboyish outfit?

I really wanted to show the other version of the collection, something more evident, more conventional. It’s the idea of my girl: At night she will wear maybe my big eyelet star dress, but during the day I want her to be soft, boyish, and strong. I didn’t want to show big showpieces in the campaign. I really wanted to focus on Amber Valletta and the clothes.

Is it still sexy to you?

I think it’s sexy in another way. It’s still sexy for me because it’s another vision of the brand; it’s a part that will always be in the collection, that kind of boyish attitude. With Amber, we wanted to tell the same things but in a different way—just to catch the purity of Amber because I was so happy to work with her, and I didn’t want to change her. She came to the studio like that and I wanted to have her in the campaign as she was in real life.

How did you choose the pieces she’s wearing: the shirt, trousers, and jacket?

She can have the power with the trousers and the bomber jacket and very close shirt, but you can see in her attitude that she has the power. That’s what I want to say with this campaign.