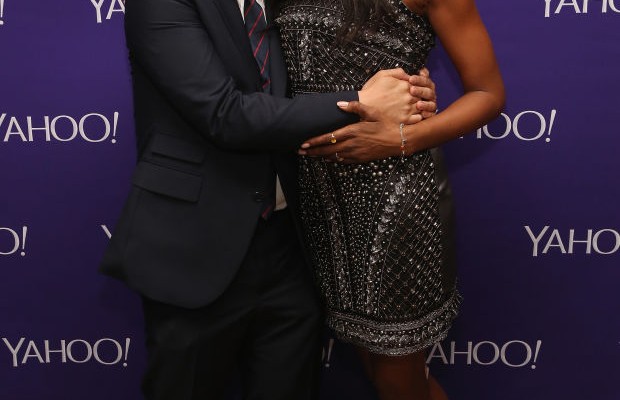 Naomi Campbell To Star In Her Own Web Series For Yahoo The above pic is Yahoo’s Joe Zee and Naomi Campbell at the Yahoo NewFronts presentation in New York on Monday.

Iconic fashion model Naomi Campbell is doing a great job transitioning into television: She appeared as a judge on The Face and had a recurring role as Camilla on Lee Daniels and Fox‘s Empire.

Now the British beauty is gearing up to star in her very own series. Campbell has partnered with Yahoo on a digital series called, I Am Naomi. She will be both the star and executive producer of her show, which is set to air on Yahoo‘s on-demand streaming service, Yahoo Screen.

The series will give viewers “a backstage pass as she spends time with the world’s most powerful and influential people.”

“I think there’s something so unpredictable and, like the word that she used onstage last night, spontaneous about her,” said Yahoo Style editor in chief Joe Zee. “But my favorite part about Naomi is that a lot of people don’t know how hysterical she is, full of bites. You’ve seen her on TV before and she’s always so funny and really engaging.”

Zee says the show will be a hybrid between reality show and talk show and will bring unexpected guests together in conversation with Campbell. “So many different people from different walks of life love her,” he said. “She was with Hillary Clinton the other night and she knows Oprah and Justin Bieber is obsessed with her. I thought, ‘Who else can get the cross section of people that Naomi can?'”

The series is still in its early stages and there is no timeline for when the show will air.