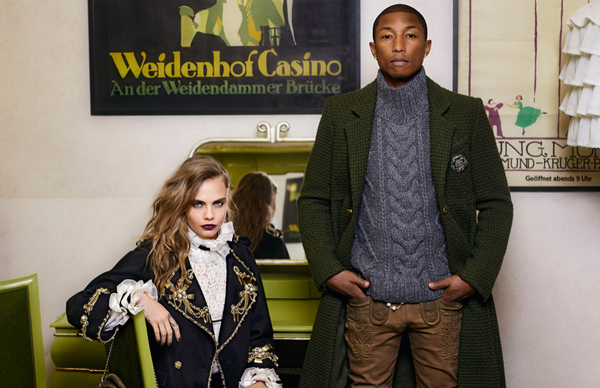 Delevingne and Williams continues their working relationship with the luxury fashion house.

The twosome are currently starring in Chanel Paris-Salzburg Pre-Fall 2015 Campaign which was lensed by Karl Lagerfeld.

In the ad, Pharrell wears Irish-inspired looks in an array of fall coats, sweaters and boots, Cara styles in an array of dresses, coats,  shorts, blouses, pants and shoes.