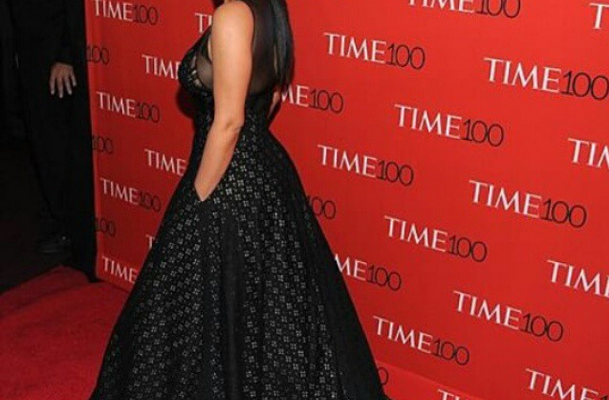 Last night Tuesday (April 22), TIME 100 Gala was held at Frederick P. Rose Hall, Home of Jazz at Lincoln Center in New York City. The event honored the most influential people in the world; Kanye West was chosen as one of the 100 Most Influential People and graced the cover here. He also performed at the event (see it here).

For the event, Kim styled in a Sophie Theallet gown and Kanye dressed in a look from Olivier Rousteing‘s Balmain‘s Fall 2015 collection.