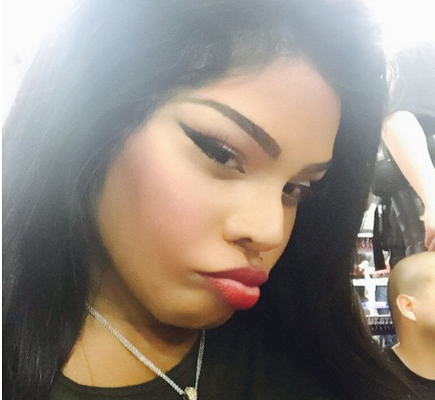 Professional boxer Floyd Mayweather Jr. is training and gearing up for his next fight against Manny Pacquiao on May 2 at the MGM Grand Garden Arena in Las Vegas.

His longtime friend, female rapper Lil Kim was spotted watching Mayweather working out at this own Mayweather Boxing Club.

During the fight weekend (May 3), Lil Kim will perform at the House Of Blues in Las Vegas alongside R. Kelly.