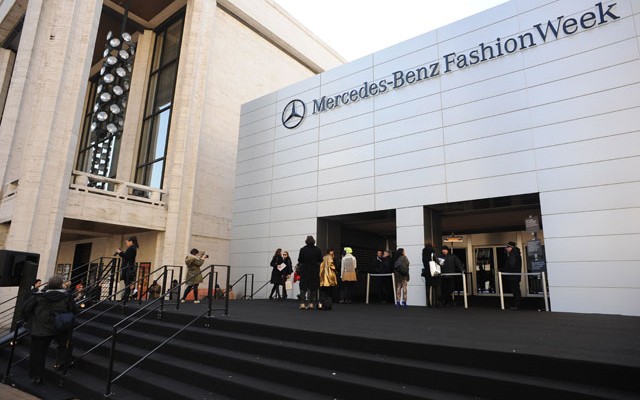 Last year, donbleek.com reported that after last February shows, New York Fashion Week at Lincoln Center will have to find a new home. The contract that was supposed to keep the fashion event at Lincoln Center until 2020 but the contract was not be renewed. It is was reported that the extravaganza will relocate across the town to Hudson Yards (see the original post here). However, that is no happening!

IMG just announced that the next iteration of New York Fashion Week will have just not one, but two new homes: Skylight at Moynihan Station, the old post office on Eight Avenue between 32nd and 33rd Streets; and Skylight Clarkson Square at 550 Washington Street, which is also the home of the first New York Fashion Week: Men’s in July.

“As IMG prepares to evolve New York Fashion Week, we are focused on creating the best possible experiences that extend beyond a physical location and moment in time,” IMG chief content officer Mark Shapiro told WWD, who first broke the news. “We’ve found a great new home for that in Skylight at Moynihan Station and Skylight Clarkson Square.”

Ralph Lauren has regularly presented his women’s collection at the Skylight Clarkson Square, and Rag & Bone and 3.1 Phillip Lim have shown at Skylight at Moynihah Station.

Each space has two presentation areas described as “raw” by the paper, and their transformative nature could potentially bring perennial tent defectors like Marc Jacobs and Donna Karan back into the main fold. Smaller names that previously presented at Made Fashion Week, which IMG recently acquired, can show here as well.

NYFW will being presenting spring 2016 collections on September 10th and run until September 17th.