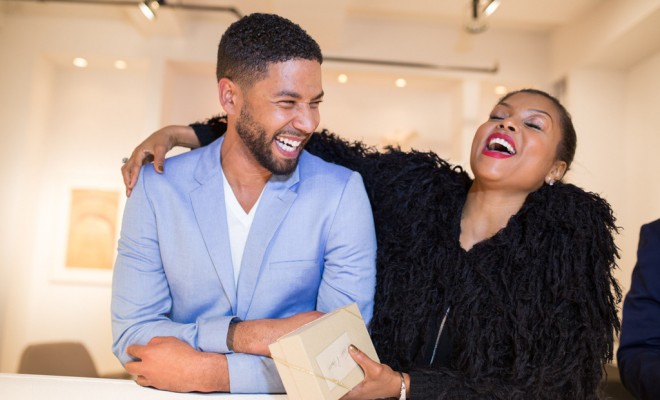 It’s All About Taraji P. Henson: Person Of Interest, SNL & Her Memoir Empire actress Taraji P. Henson is the hottest woman in Hollywood at the moment.

The Oscar nominee alongside her co-star, Jussie Smollett helped kick off the start of summer in Manhattan with MYX Fusions Moscato at their Summer Sizzle BVI 2015 Launch Party.

Henson and Smollett also hosted the event which included the refreshing natural flavors of MYX Moscato, Peach and Mango throughout the evening.

The D.C.-native (Taraji P. Henson) will return to CBS‘s Person Of Interest series on April 14th. Her character was killed off in the third season, but now she shooting some “flashback” scenes. The series is billing the episode as a “Final Farewell”. This weekend she is hosting SNL.

Finally, Henson is working on a memoir. The deal is with Simon & Schuster imprint 37 Ink and is scheduled for release in mid 2016. It will be about her childhood in the rough streets of Washington, D.C., journey to Hollywood and much more.