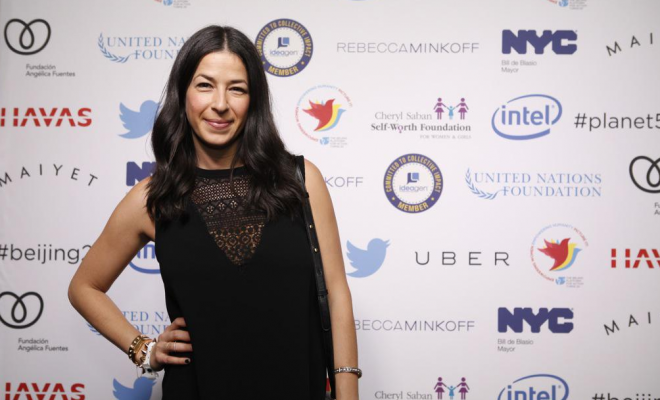 At the event, American fashion designer Rebecca Minkoff, who is much known for her creative use of emerging technology in the fashion space, announced her new Intel partnership creating new opportunities for women in tech. (Intel just announced a staggering $300 million Diversity & Inclusion initiative, with the goal of full representation for women and minorities in its U.S. workforce by 2020, according to Style.com.)

“We had been in exploratory talks with Intel, and we thought this would be a way to announce our programming to uplift women and technology,” Minkoff told Style.com. “Whether it’s going to college campuses or hosting hackathons, we are working hand in hand to figure out what women need and to support them. I will be traveling around the globe with Intel and working with UN Women to help find ways to expand opportunities for women in technology and engineering.”

Minkoff and Intel are still in the preliminary planning stages of their partnership, but they plan to announce a full strategy later this year. “I wouldn’t have this brand without technology,” said Minkoff. “So if I can be helping more women to be thinking differently and creatively in that space, that’s what gets me excited.”

As for what’s in the future, she said, “You can look forward to some really kick-ass accessories and straps for your Apple Watch. The Apple Watch is fantastic, but you might not want to wear it on a date.”