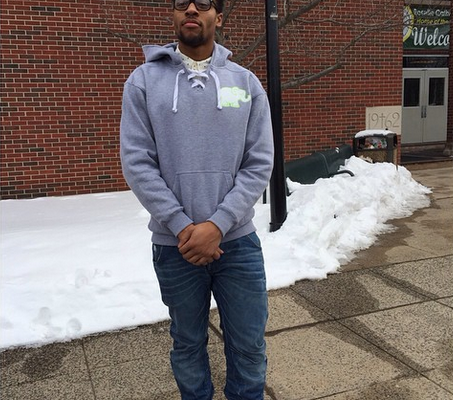 This time around, the best Point Guard in 2015 class-Shifty East Coast Guard dressed in a more casual look; wearing a grey New Urbn hock hoodie styled with denim jeans and ‘What the Kobe 9 Elite‘ Sneakers.

Throughout last AAU season, Briscoe averaged 19.2 PPG and 5.0 APG while leading his team to a 13-3 regular season. At the end of a dominate summer, Briscoe led his team, NJ Playaz squad to the 2014 Nike EYBL Peach Jam title with a 85-83 win over Team Penny.

From the looks of it and after seeing his performance on the court so far this season, Briscoe will most likely lead Roselle Catholic to a NJ Tournament of Champions title.

Last November, he officially committed to the University of Kentucky. Last week, he was chosen to play in the upcoming McDonald’s All American tournament.