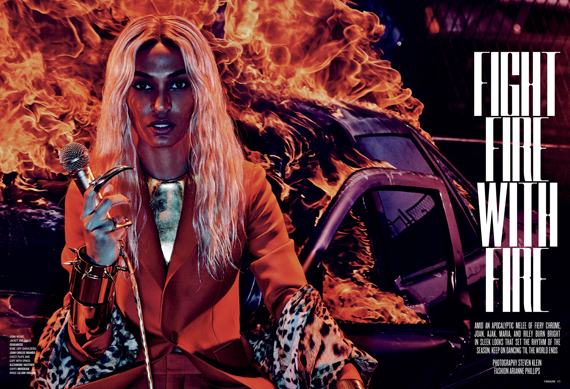 The fashion models are featured in an editorial titled, “Fight Fire with Fire” for the publication’s #94 Spring 2015 issue.