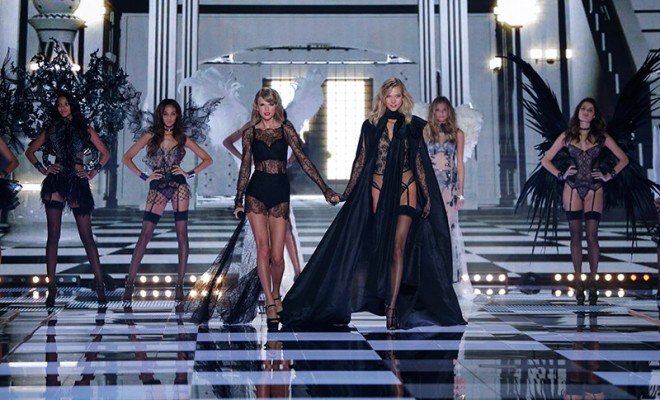 Karlie Kloss is leaving Victoria’s Secret to focus on other model endeavors and education.

Kloss have walked in four shows for VS since 2011 and worked as an official Angel since early 2013. She is now rumored to be leaving VS.

A source told PEOPLE, “Karlie is stepping down from her Angel duties. She’s got a busy but exciting year ahead and the decision came down to timing. She’ll be focusing on her modeling career, new business opportunities and NYU starting in the fall.”

In the March 2015 issue of Vogue, Kloss announced that she’d be attending NYU‘s Gallatin School of Individualized Study.

Continuing her education is “something that I’ve wanted to do for a very long time,” she told Vogue.

She will continue to walk on the runway, as well as work for brands like Kate Spade New York and L’Oreal Paris.

“I’ll still be working full-time,” she said. “I’m incredibly ambitious and have lots of goals within my career that I’m not slowing down on anytime soon.”

Updated via PEOPLE: “Ed Razek of Victoria’s Secret confirms to PEOPLE that Kloss is turning in her wings. “Karlie and I met several months ago to discuss the many things she hoped to do in her life and career. As we talked, it became clear she would not have the time to fulfill her myriad commitments,” he says in a statement. “Reluctantly, we agreed she would leave the brand at the end of her contract. Karlie is one of a kind, a very close friend, someone I truly admire and love. She is, without question, one of the best models ever. But she is an even better person. Her future is unlimited, and I am excited to see all the good she will do. Karlie Kloss will always be an Angel to me.”