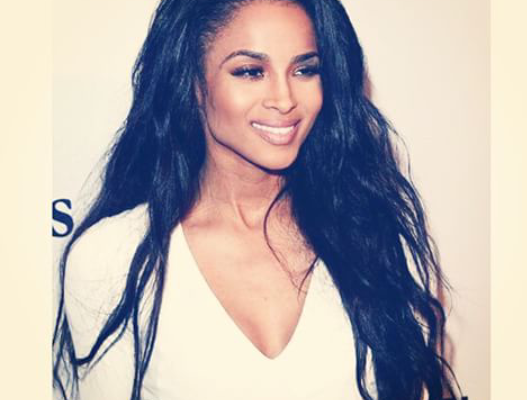 Ciara Speaks About Her Friends In The Fashion Realm, New Album ‘Jackie’ & Launching A Clothing Line Above image: Ciara at at the Gabriela Cadena Fall/Winter 2015 Show.

Grammy Award winning singer Ciara is such a big deal in the fashion world. In 2009, she signed a multi-million dollar deal with Wilhelmina Models, appeared on the cover and inside of a lot of fashion magazines, walked the runway at a fashion show, was the face of Roca Wear and Verizon‘s smartphone the LG Chocolate Touch and was the spokesperson for adidas Originals.

Cici is also one of the most stylish celebrities of our generation.

The Atlanta-native took some time away from her busy schedule, where she is currently touring overseas and recording her new album, Jackie to speak to Fashion Week Daily.

In the interview, Cici talks about her friends in the fashion realm, new album (Jackie), her runway debut, first fashion show, dining with Ralph Lauren, motherhood and having her own line one day. Below are some excerpts:

You were at our Fashion Los Angeles Awards! How did you and Italo Zucchelli first meet?
We met in Milan when I went to his shows two years ago. We automatically clicked! We have a very genuine connection. The [FLAs] were so great!

What does Italo think of your music?
Italo and I actually had a “listening party” in my car. We literally sat there for, like, an hour in sunny L.A. and pumped the music so loud. I sang along, and Italo was really grooving to it! He was so happy.

What’s your new album, #JACKIE, like?
I named the album after my mom, because I see the world through her eyes now that I’m a mom. It’s my best body of work. I’m in the most clear place in my life, and that pours into the music. I kept it small and tight in terms of producers; I wanted it to sound consistent. I worked with Dr. Luke, Polow da Don, Harmony Samuels and a few other producers.