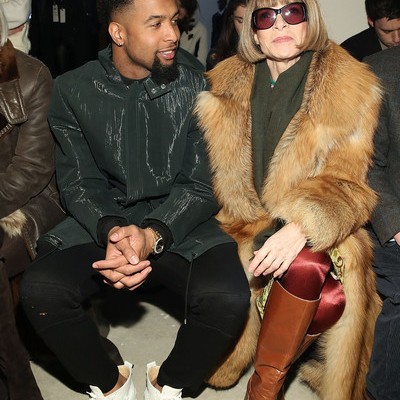 Fashion and sports is a good blend. The professional athletes have been busy at New York Fashion Week.

New York Giants rookie wide receiver, Odell Beckham Jr. and Vogue‘s Editor in Chief, Anna Wintour attended the show together. It is being reported that Wintour brought Beckham to his first fashion show.