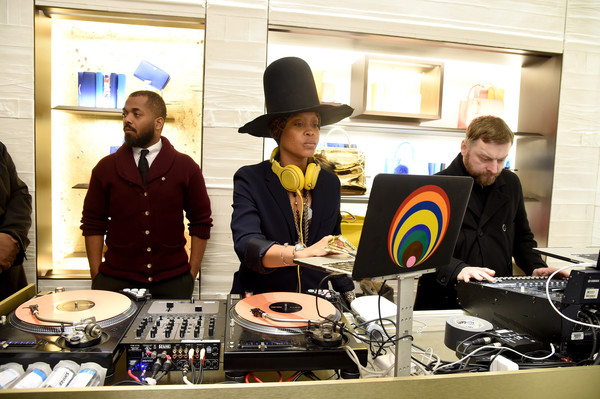 Mega pop star Rihanna was the star at Fendi‘s New York flagship store opening partying at the Park Hyatt during New York Fashion Week. While there, she put her celebrity status to good use as she auctions off some Fendi baguettes to raise funds for her charity beauty foundation.

Riri teamed up with Fendi to personalize two baguettes that she’s auctioning off to raise funds for her Clara Lionel Foundation, a foundation she created in honor of her grandparents Clara and Lionel Bratwaite.

Badu also jumped on the 1’s and 2’s and DJ’ed for the evening.